StoriesBack on The Ice for Good After Treatment at Howard Head 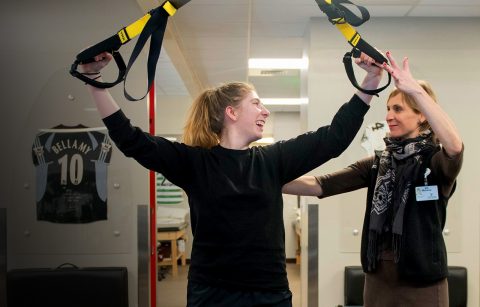 Back on The Ice for Good After Treatment at Howard Head

Lilly Johnson was practically born ice skating. She began at 2 years old, which led to a college hockey scholarship. She was devastated when it looked like hip pain would sideline her forever.

Lilly first injured her hip in high school playing ice hockey. Reluctantly, she took a month off to rest up and heal. But she was devastated to learn that the pain was not completely gone when she again laced up her skates weeks later.

Over the next several years, Lilly’s pain only intensified. She tried to push through the pain as best she could to continue practicing her life’s passion. Yet when she started the rigorous training required at the college level, the pain got so bad she could not lift her leg.

Lilly’s only options to remedy the pain were surgery and physical therapy. It was a long road to recovery. After surgery in August and again in October 2016, she spent the next 12 months rehabilitating at Howard Head Sports Medicine.

“My physical therapists were amazing,” Lilly says. “They worked as hard as I did to get me back on the ice.”

After undergoing physical therapy every day, Lilly soon came to think of the Howard Head team as family. She says they always supported her, even at her crankiest.

“I wasn’t a great patient,” she explains. ‘’I’m sure everyone got tired of me saying ‘I hate this,’ but they never stopped encouraging me.”

Lilly valued their support even more when her father died in 2017. “My therapists were my shining light,” she says. “They stepped into the role of friends.” 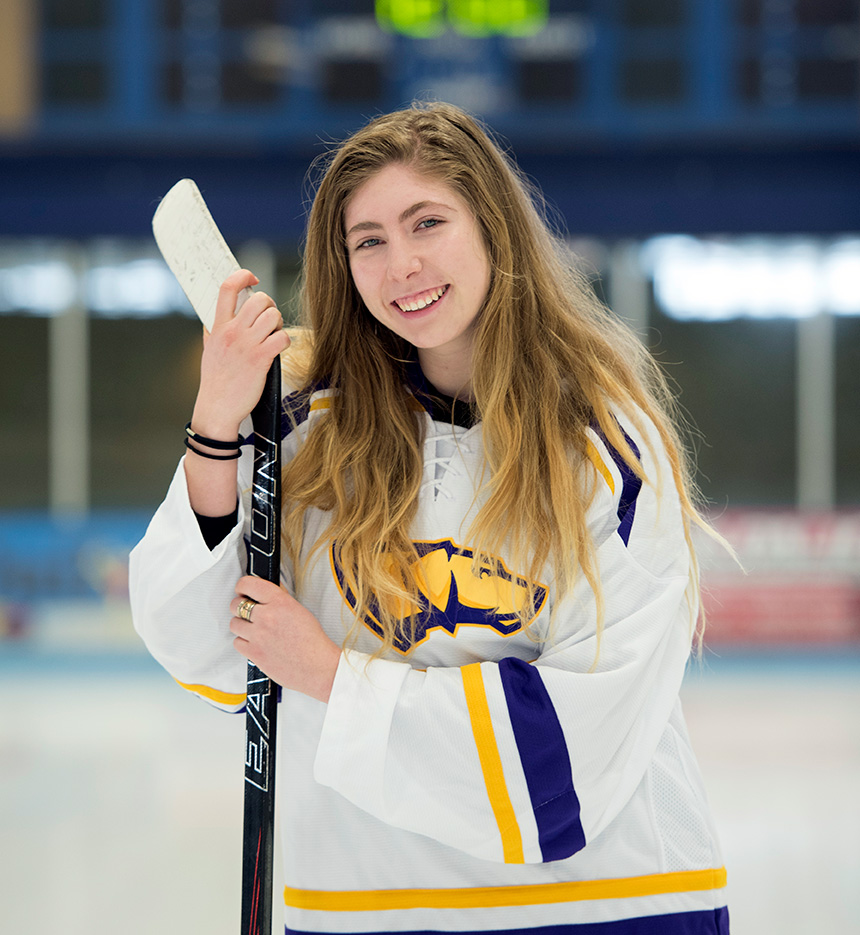 Return to the Rink

Thanks to the world-class physical therapy and technology, equipment and physical therapists at Howard Head, Lilly Johnson can play college hockey again. She is back on the ice, practicing with her team every day, all year long.

“I feel amazing,” she says.

After Lilly finishes college, hockey will remain a central part of her life. She plans to coach and referee.

“Hockey has always been important to me,” Lilly explains. “Without my therapists, I may never have played again. They all have a special place in my heart.”

My physical therapists were amazing. They worked as hard as I did to get me back on the ice.”
Lilly Johnson

Your gifts allow patients like Lilly to receive the world’s best physical therapy – right here in the Rockies.

How Your Level II Nursery Kept My Baby Safe