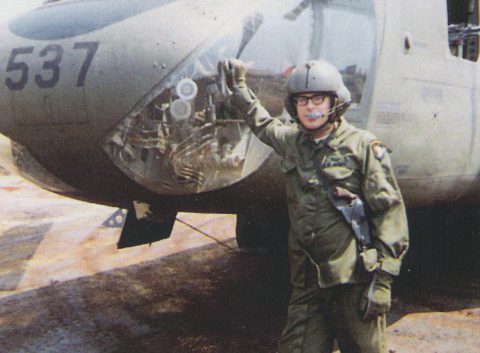 It was 1971 when Dr. Jack Eck returned from serving as a flight surgeon for an aviation unit in the Vietnam War and escaped to the Colorado mountains.

After four years of college, four years of medical school, a one-year internship, and one year as a doctor in the throes of war trauma, Dr. Eck chose Vail as a soft landing. Only two other doctors were here at the time, and Dr. Eck joined in to help support the town’s small medical clinic, now Vail Health. But it wasn’t until he got to Vail that he realized something wasn’t quite right.

“I just wasn’t happy,” he shares. “I wasn’t suicidal, but the feeling was unlike me. I found myself thinking ‘Oh, how can the world be this way?’”

While Dr. Eck didn’t have any physical injuries from serving in Vietnam, like countless other veterans, he suffered from post-traumatic stress disorder (PTSD). During the war and when he returned stateside, Dr. Eck says the “quiet terror” was always present.

“[In Vietnam] you didn’t know if the guy walking down the street was going to blow you up as he walked by you, or if he was just a guy out there trying to harvest his rice,” Dr. Eck shares. “You didn’t know who your enemy was, so you were always on guard. You were always in terror, a quiet terror. After a while, you sort of got numb to it.”

While he was over there, Dr. Eck says he was busy and always felt needed, so the trauma didn’t really start to build until the years following the war. “I said to myself, ‘If I survive this, I’m going to go to a ski area for a winter,’” recalls Dr. Eck.

He did just that, and aside from an internal medicine residency in Denver, an additional year of study in cardiology and intensive care with the help of the GI Bill, and a six-month hematology sabbatical in New Zealand, he’s been here ever since. 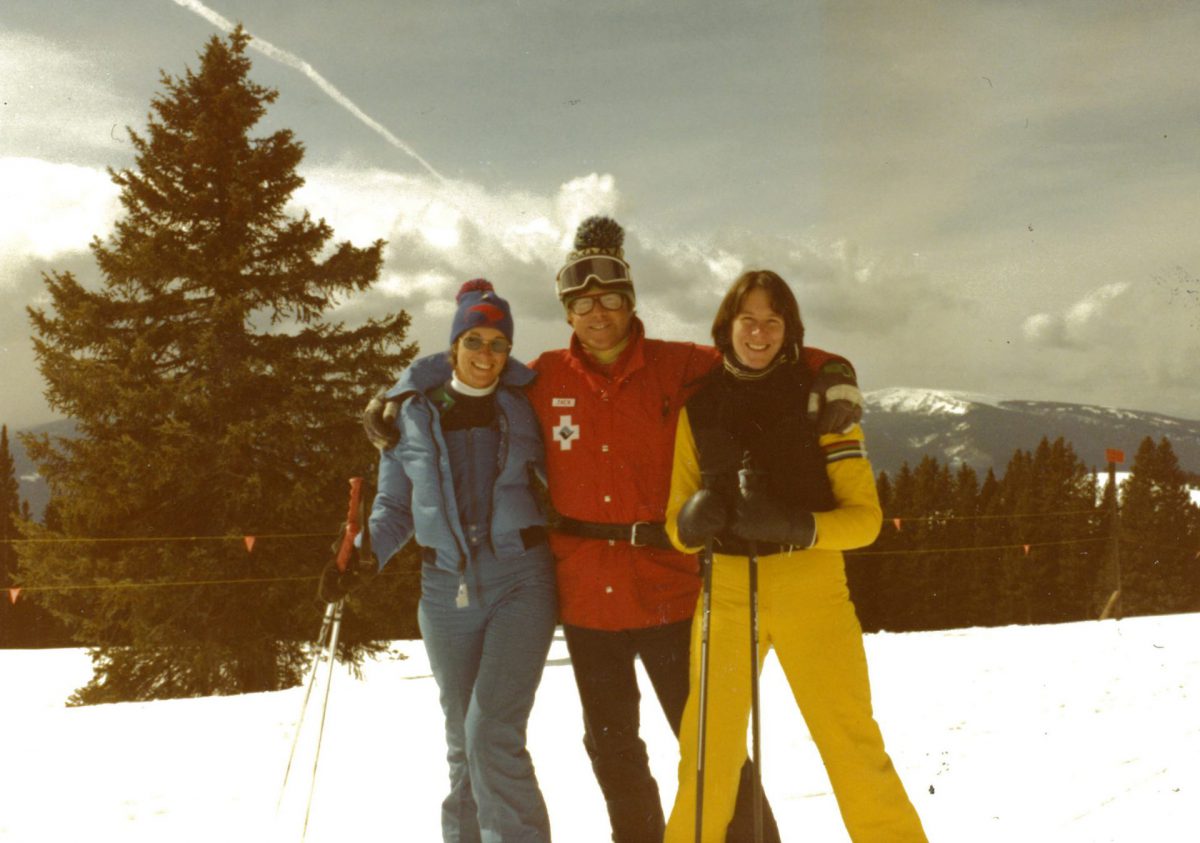 As Vail continued to grow in its early days, Dr. Eck was the first physician to serve on the Vail Ski Patrol. “Ski Patrol asked for training and help from my experience gained in Vietnam,” he shares. “I was a willing teacher.” His experience as a doctor in Vietnam significantly helped to shape the advanced orthopaedic and medical first responder techniques used by the Ski Patrol today.

His practices also influenced the U.S. Ski Team and were adopted by resorts nationwide. Dr. Eck says he would go up the mountain and train the Ski Patrol on his days off from the clinic. The men he worked with became his best friends, and he says sharing the medical skills from Vietnam was helpful in dealing with his PTSD. He was functioning, he shares, and would get in a zone with patients so he wasn’t making mistakes in his work, but he still didn’t feel fully well.

“Here I was in a wonderful place and I’d done a lot of mountaineering and climbing and kayaking, and there was something still off,” he shares. “I started seeing a psychiatrist, and it actually ended up being one of the smartest things I did.” Dr. Eck says talking through his thoughts and feelings with a mental health professional helped him sort it all out. “I wasn’t severely depressed,” he shares, “but just the fact that you can work through and have someone to bounce things off, and then you can focus on what reality is for whichever direction you want to go.”

Many people still make a move to paradise-like places like Vail to escape or hide, says Dr. Eck, as he did with those initial experiences of PTSD after the war. “A lot of people come here to look for a fix,” he explains, “and they’re changing locations, but their problems are still there. And they get depressed.”

Before support programs were available in the area, Dr. Eck says he would have patients come through the Emergency Department who were struggling with depression, anxiety, and suicidal thoughts. “We had no place to put these people, none, nada,” he shares. “You send them to Denver and they walk in your office two days later and say they saw a psychiatrist in Denver who screened them and said they were fine and sent them back. Then how do they work through it?”

Dr. Eck says he’s been happy to see the tremendous growth of behavioral health resources in the valley and credits Eagle Valley Behavioral Health (EVBH). He supports EVBH and has served as a board member with the Johnson Depression Center at the University of Colorado for the past two decades. 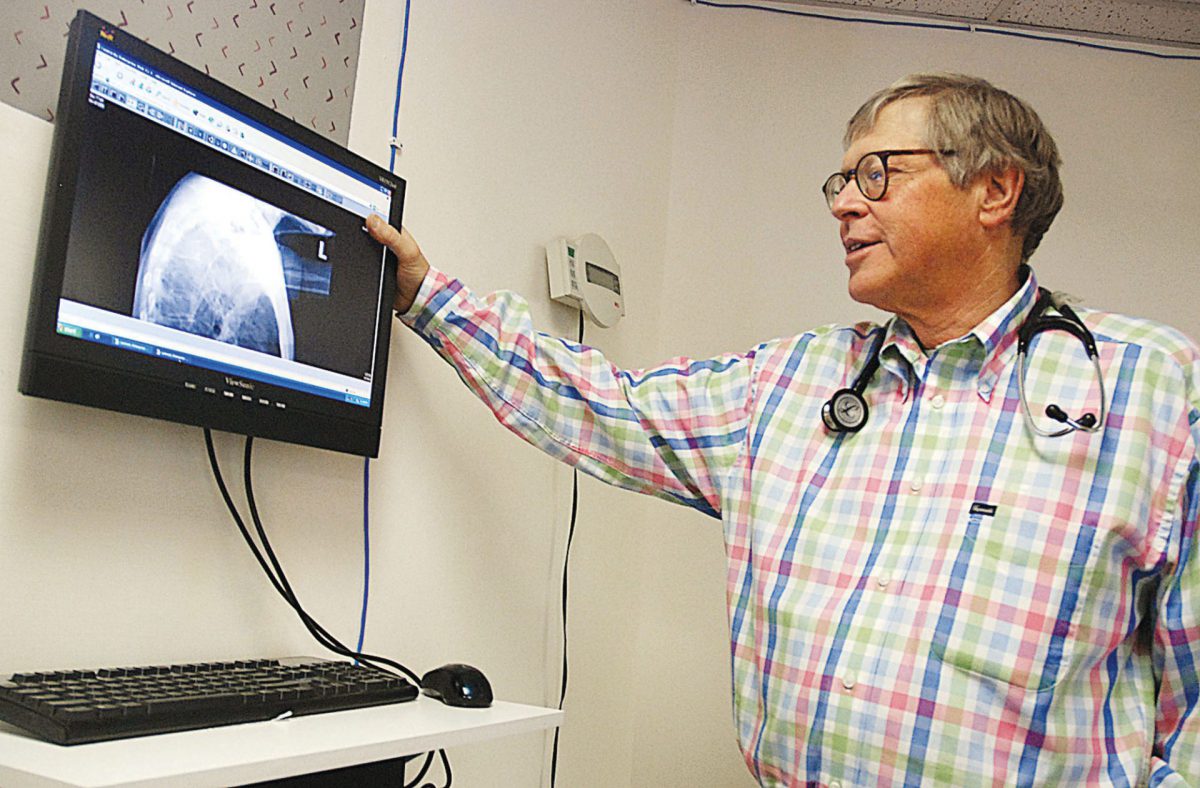 Since he began practicing here in 1971, Dr. Eck’s contributions throughout Colorado and the Eagle River Valley have been profound. He was integral in the creation of Shaw Cancer Center, securing a $17 million gift from the Shaw family to make the cancer center possible. In 2007, Jack’s Place, a cancer caring house, was named in his honor. It was during this time that he was successfully treated at Shaw for prostate cancer.

Dr. Eck was named Vail Valley Foundation’s Citizen of the Year in 2008 and was inducted into the Colorado Snowsports Museum Hall of Fame in 2015. After his retirement, he will continue to serve on the Vail Health Foundation and Johnson Depression Center at University of Colorado boards.

In Vietnam, Dr. Eck says his mission was to “maintain the fighting strength” of the troops. As he retires at the end of 2020 from the Vail Health Foundation, may we remember his resilience in overcoming his own battles with depression and the immeasurable support he’s given every patient, peer, and friend over the years to maintain their own fighting strength.

“I started seeing a psychiatrist, and it actually ended up being one of the smartest things I did.”Dr. Jack Eck

Dr. Jack Eck will retire on December 31, 2020. Help us celebrate Jack’s contribution to our community by making a gift in his honor