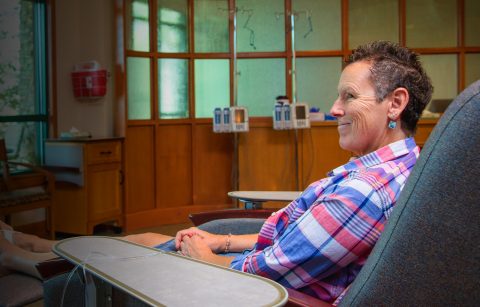 “Cancer isn’t going to rule my life,” said Peggy Marshall when she was diagnosed with breast cancer. “I was determined to be positive and active.” And she was, thanks to benefactors like you.

Peggy’s cancer journey began with a promise. She had not had a mammogram in years. So, when her best friend was diagnosed with breast cancer, Peggy promised her she would finally get her long-overdue mammogram.

Because it had been a while between screenings, Peggy opted for the cutting-edge 3D mammogram at Shaw’s Sonnenalp Breast Center. Without this state-of-the-art technology, Peggy’s tumor would have been very difficult to identify, due to her dense tissue. It is your gifts that enable Shaw to have this advanced equipment that benefits thousands of women like Peggy every year.

Cultivating A Spirit of Survival

Peggy’s treatments began with surgery in August 2016. She then received chemotherapy with Herceptin infusions for a year. Her final treatment was August 2017.

“Shaw isn’t like a lot of other cancer centers,” Peggy says. “Everyone knows your name, and the quality of care is equal to any big-city center.”

In addition to great physical care, Peggy received incredible emotional support. “The staff treated my whole person,” she explains. “I had a total healing experience, not just cancer treatment.”

Peggy’s experience was enhanced by Shaw’s many services designed to increase patients’ overall well-being – body, mind and soul. For example, she took advantage of the Spirit of Survival wellness program, including fitness classes and support groups. She also stayed at Jack’s Place during chemotherapy and worked out in the rehab gym. “I call the cancer center ‘Shaw Spa,’” she says. 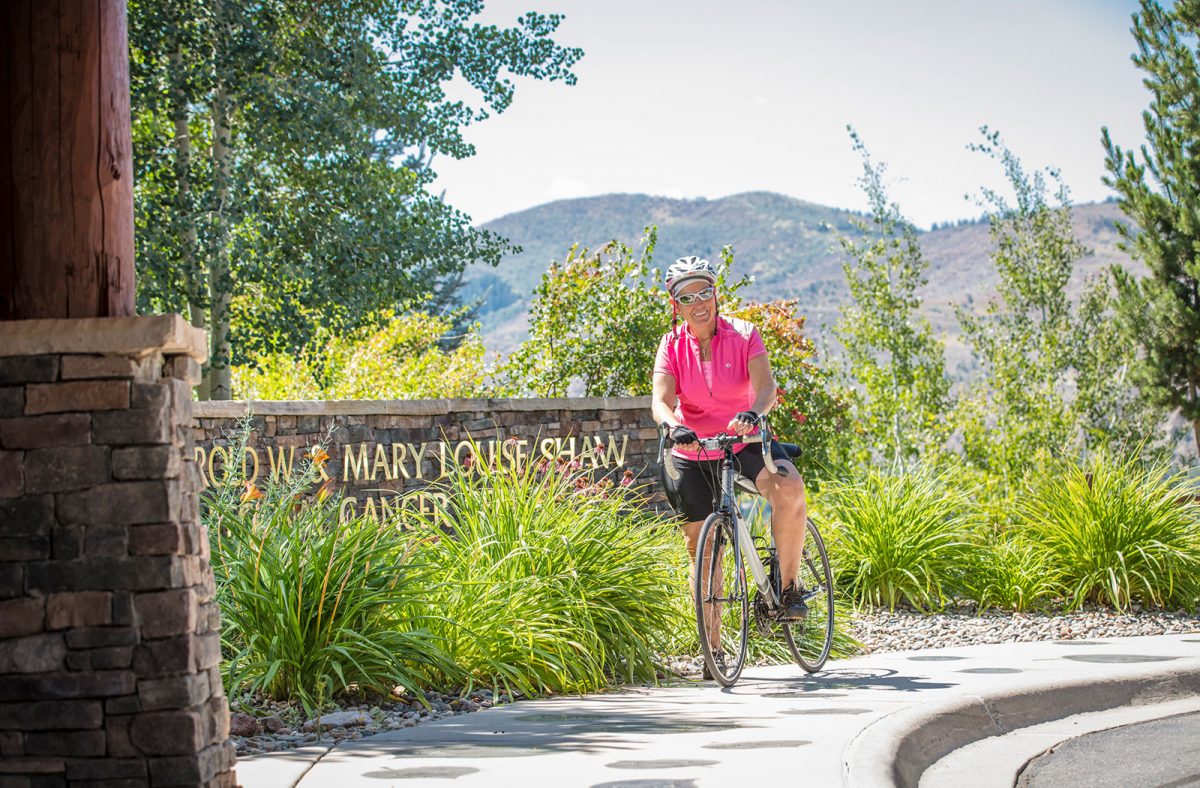 Shaw’s compassionate, holistic care gave Peggy the strength to stay positive and active throughout her fight against cancer. During her treatment, Peggy skied and rode her bike to Shaw. She even rode from her home in Leadville, Colo. to the center for infusions – a total of 41 miles one way.

“Cancer has a powerful sound to it,” Peggy says. “You hear ‘cancer’ every day. But now I hear it in a new light. I’m more compassionate and sensitive.”

Today, Peggy is cancer-free, and she credits Shaw for her full recovery. “I received amazing care from amazing people.”

“The staff treated my whole person. I had a total healing experience, not just cancer treatment. I received amazing care from amazing people.”Peggy Marshall

You can help give patients like Peggy the most advanced, compassionate cancer care that treats the whole person.