This article and photo first appeared in the Vail Daily on June 22, 2020.

Sitting in his home in Gypsum, Jack Swedlund holds a small polished rock in his palm and runs his thumb over the word that’s inscribed.

“I picked out the rock that said ‘family’ because my family has been my rock,” Jack said. “I’ve carried that rock with me everywhere since the day I got it.”

Jack is a Colorado native and has lived in Eagle County for 20 years. He and his wife, Tanya, raised three daughters and now have six grandkids with number seven on the way. To his family, Jack is “Papa,” and to Jack, his family is everything.

On April 13, 2016, Jack was diagnosed with metastatic prostate cancer.

Jack’s Gleason score (used to evaluate the prognosis of men with prostate cancer) was 10 out of 12 — what he describes is “as bad as it gets.” His physician sent him for scans, which revealed the cancer had metastasized to his right rib, right femur, right hip and right seminal vestical. It has since metastasized further to his T6, T7, top left rib and left scapular.

Jack was diagnosed outside of Eagle County and says he felt the cancer center there pressured him and didn’t respect his wishes. He says a friend of his “raved” about Dr. Alexander Urquhart at Shaw Cancer Center, and Jack decided to pursue his treatment there. He was originally on board to move forward with the recommended treatment plan of chemotherapy, radiation and hormone therapy. However, after doing a little research on his prognosis, Jack decided to forego chemotherapy. Shaw has respected and supported Jack’s treatment plan throughout his journey.

Even with all its challenges, Jack says cancer has been a “blessing” because it has brought his family closer together.

“The first thing I do every day is I thank God for another day,” Jack said. “It’s by the grace of God I get another day. Then I just try to spend time with my grandkids and my kids and my wife.”

Strength in Body and Mind

Second behind family on Jack’s list of passions is CrossFit. Jack says he’s always been an active outdoorsman, but only in the past decade did he become an avid member of High Altitude CrossFit in Gypsum.

In the first year, Jack lost 100 pounds. Two years in, Jack completed his level one certificate course for CrossFit and started coaching.

Jack says he has always liked to push himself physically, but now he’s realized fitness means more than just a strong body; it also means a strong mind.

“CrossFit changed how I think, how I look at things,” he said. “I never thought that I could do it. To have the successes I’ve had along the way has really made me passionate about it, so that’s why I started coaching.”

“But I’m mentally strong,” he said. “You’re staring death in the face — you’ve got to be strong. You’ve got no choice.”

Jack’s support network extends beyond his family and the gym. It also includes his community in Gypsum and the support group at Shaw Cancer Center. He’s been going to group meetings for three years.

“The hardest part is because I’m a terminal cancer patient, some of the friendships are short-lived, unfortunately. In the past two weeks, I’ve lost two friends. But it’s a good place to go because it’s there every month… sometimes only another cancer patient understands what you’re going through.”

Jack says he appreciates the teamwork and direct support from the doctors and social workers at Shaw, from help with daily questions to getting Tanya on Medicaid.

“Erin is my social worker at the Shaw,” Jack said. “I’ve become close with her. I can text her and she can text me back. It doesn’t get much more personal than that.”

Since his diagnosis, Jack is committed to help others in any way he can. He started the Eagle Valley Cancer Support Group on Facebook and hands out business cards to anyone he may be able to help.

“This community has done so much for me. It’s brought me to tears time and again,” he said. “We know what’s coming and we’re getting ready for it. God’s given me extra time. I’ve been blessed for a cancer patient. I’ve had friends that have suffered so much more than I have.”

Through it all, it’s the strength of family and a passion for fitness that keeps Jack going.

“And like I tell them at the gym, and I mean it — until I can no longer walk through that door, I’ll be going.”

Carol Schimmer: A Spirit of Resilience

There’s a path near Carol Schimmer’s home in Avon that runs along the Eagle River. When snow piles up in the winter, Carol puts on her snowshoes and packs down the trail, step by step. It’s a tiring task, especially on days when she’s feeling fatigued from fighting cancer. But Carol welcomes a good challenge — she likes to work hard, play even harder, and when it comes to battling her metastatic melanoma, Carol’s resilience shines as brightly as the beautiful spirit she radiates in her community.

Carol moved to the Eagle River Valley nearly 30 years ago to make the mountains her home. She came out from the east to pursue a love of skiing; yet, like a lot of people who move west for the winters, Carol says it’s the summers that really stole her heart. She loves outdoor adventure, from snowshoeing and skiing, to hiking, cycling and kayaking. She has worked in management and hospitality for many local organizations, including the Vail Valley Foundation, Vail Resorts and Vail Health. 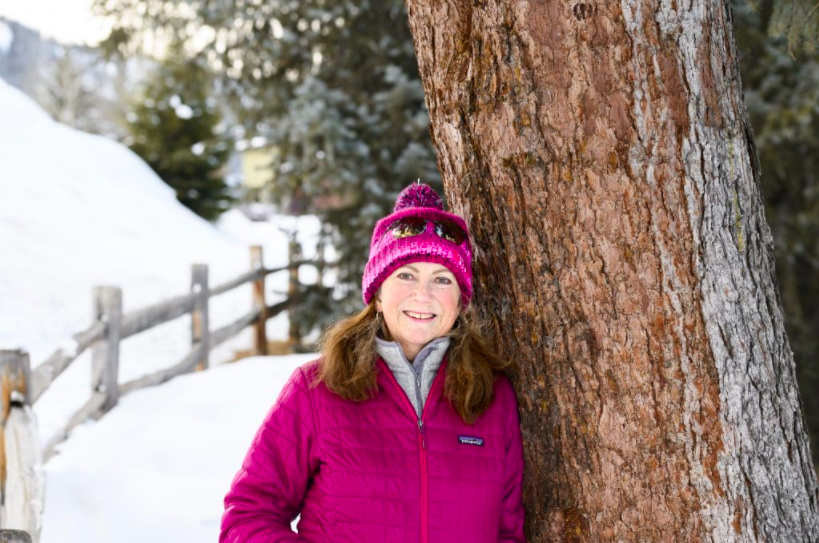 “It was on my right thigh, and they pretty much scared the crap out of me,” Carol said. “They said, ‘You’re not taking this seriously enough. You could die from this.’ I’m like, ‘Really? I feel just fine.’ So that was my introduction.”

One year later, Carol was diagnosed with breast cancer. Shaw Cancer Center didn’t yet exist, so Carol had her melanoma and breast cancer treated in Denver. After surgery, her scans showed the breast cancer was gone, but the melanoma began reappearing.

“Over the years, another mole would pop up,” she said. “We’d biopsy it, and they’d come back and say, ‘Oh, that one was melanoma, too.’”

Carol started seeing a dermatologist every six months, and once Shaw opened, she began to meet with an oncologist there once a year. Over the years, she has had 13 primary melanomas. Seven years ago, Carol noticed a tender spot on her lower back. It turned out to be a soft tissue tumor — a large metastatic melanoma.

“Once it went metastatic, life changed, and thank god Shaw was there,” Carol said. “This was new — I call it the chapter in the book. The book is my cancer story; this was definitely a new chapter, and at the time it was probably the most serious one because it was not on my skin. This is now something that’s in my body.”

Carol started a clinical trial for immune therapy that gave her three years of remission. Beyond checkups and treatment, she was living her life fully, working in the community and continuing to enjoy the outdoors.

“You are a miracle,” Dr. Patricia Hardenbergh, Shaw’s radiation oncologist, told Carol during a visit to Shaw. “You should be dead, but here you are.”

It was the medical expenses that Carol says were taking the largest toll, and Erin Perejda, a social worker at Shaw, told Carol about local funds for which she could apply. Sure enough, Carol qualified for a grant from the Vail Valley Charitable Fund.

“It’s life-changing,” she said. “I can focus on getting treatment and living my life.”

In the past year, Carol’s melanoma has increased in its progression, and she now has small tumors on her lungs, pancreas and liver.

For the first time, she reached out to Erin at Shaw about joining a support group.

“It’s the club no one ever wants to be a member of, but there’s a support group for those of us with either advanced or recurring cancers,” Carol said. “And talk about inspirational. These people are amazing. We meet once a month. Unfortunately, the nature of the disease is since I’ve started going, I think we’ve already lost four members. You have hope when you see how they are responding, but you have the reality check that, ‘Hey, none of us are going to escape this. We’re all probably going to die of cancer.’”

She says the support of Shaw has helped her every step of the way. Beyond her support group, Carol has enjoyed participating in Shaw’s Spirit of Survival programs like “skimotherapy” — a day on the slopes with other cancer survivors.

“I’ve accepted the reality that I really do have a pretty serious disease, even though it doesn’t really affect me,” she said. “But because it doesn’t affect me, I’m optimistic that I can keep doing what I’m doing until I can’t do it anymore, and we’ll just cross that next bridge when it comes.” 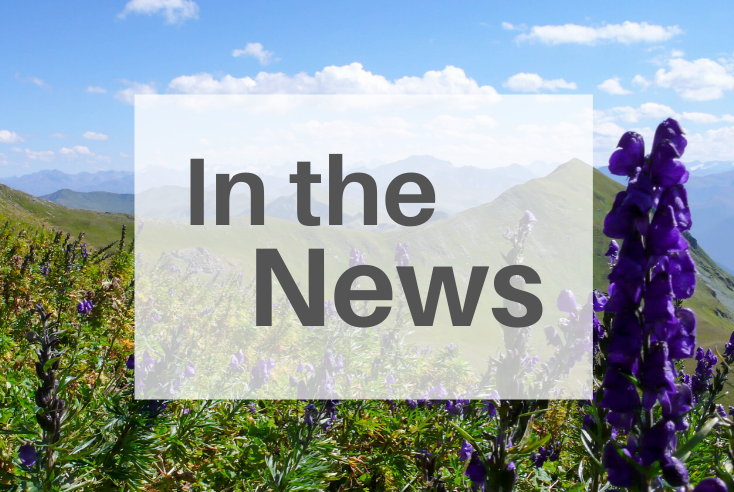 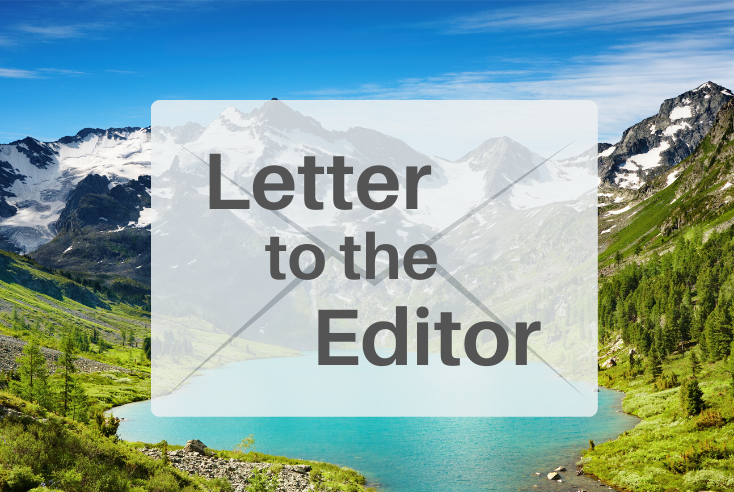 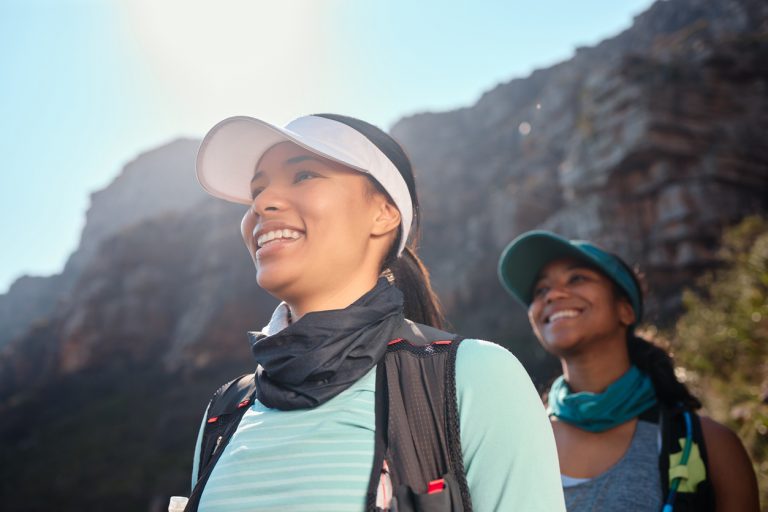 Everything You Need to Know: Skin Cancer Awareness Month